Going into the Supreme Court’s hearing of the South Dakota v. Wayfair case, which was argued back in April, one thing was certain: something had to give. In the increasingly complicated legal environment of states struggling to expand their sales-tax reach while bumping up against an old ruling, more clarity was needed for some time.

At a time when compliance with use-tax laws is low, and online retail sales last year grew to over $453 billion, states believe they’re missing out on billions of dollars in uncollected tax money.

Now the decision has been made to overturn the 1992 Quill Corp. v. North Dakota ruling, allowing South Dakota to throw out the physical-presence determination and institute a threshold rule for online businesses who make sales to residents of their state. This means online sellers have legal nexus and must collect sales tax in South Dakota if they gross more than $100,000 in sales of tangible personal property to residents of South Dakota in a given year OR conduct more than 200 such separate transactions.

And just like that, with Quill no longer restricting them, other states are free to expand their definition of nexus beyond physical presence as well.

In this article, we’ll unpack what this means to you as a business owner. 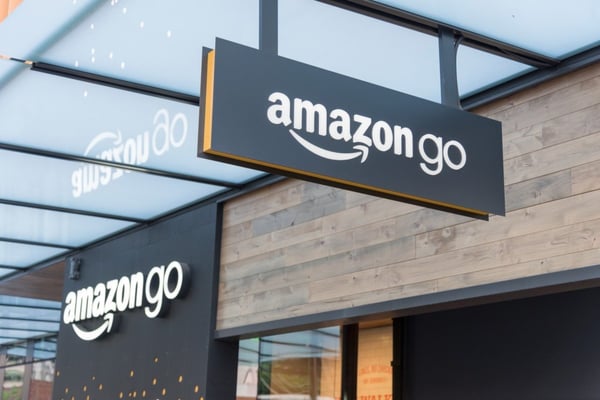 Is This Good News or Bad News?

Without knowing exactly what actions individual states will take in response, it’s too soon to tell. If the decision leads states to adopt more uniform sales tax rules, that would be good. But if it allows states to overreach and unnecessarily complicate online business, it could be bad.

Opponents of the decision to overrule Quill and uphold South Dakota’s law believe that allowing states to require sales-tax collection on online sales without the physical-presence restriction will overburden small businesses. They believe more extreme versions of sales-tax laws than South Dakota’s will be the result.

They also fear that the cost of doing business online will become prohibitive to all but the largest retailers.

Meanwhile, those in agreement with the decision to overrule Quill and uphold South Dakota’s law believe that large online retailers, who in some cases advertised “you don’t have to pay sales tax” as a benefit of shopping with them, were in essence enabling tax evasion on the part of shoppers, adding to the state budget deficits, and benefiting from an unfair advantage over retailers who do have a physical presence in a given state.

Another concern was the incentive by some large businesses to avoid a physical presence in certain states and the possible harm to the economies there. Some also feared that the states’ multitude of workarounds to the physical-presence rule would continue to grow while the set of rules online sellers are subjected to when it comes to sales tax would become impossible for small businesses to follow. The fact is that 31 states already have laws in effect that tax internet sales by out-of-state sellers, and many of those are more complex and roundabout than the South Dakota law that was just upheld. Some of the workarounds to the physical-presence rule upheld by Quill that states have already put in place include:

Now that the court has decided to overrule Quill, effectively eliminating the physical-presence requirement in online sales-tax collection, there’s pressure on Congress to clearly define nexus in a way that’s relevant to today’s economy but still protects small business. Leaving the door open to even more complicated and varied rules for online businesses to sort through seems out of the question.

Curious how we got here? Keep reading...

Events Leading Up to This Decision

In 1992, the Supreme Court ruled in Quill v. North Dakota that states could not legally require out-of-state sellers who had no physical presence there (such as the mail order catalogs of the day) to register and collect sales tax for them. Instead, it would remain up to consumers to pay use tax to their resident states where sales tax was not charged.

As online sales volume ramped up, and brick-and-mortar retail sales declined, states searched for ways to collect the tax they were legally due from sales made by large online retailers. Congress had the power to pass federal legislation that would regulate the obligation of online retailers to states, but they did not. State budgets have suffered from the decline in brick-and-mortar retail sales.

South Dakota passed an economic nexus law that skirted the physical presence requirement, and Wayfair and other large retailers refused to comply, challenging the law as unconstitutional. South Dakota sued those retailers (Wayfair, Newegg, and Overstock.com), appealing the lower court ruling against them to the Supreme Court. As part of their case, South Dakota agreed in advance not to collect the tax retroactively from retail businesses and signed on to the Streamlined Sales and Use Tax Agreement, which seeks to minimize the cost and admin burden on retailers.

Lots of legal briefs were filed with the Supreme Court on both sides in reaction to the case. Meanwhile, Congress failed to act on several pieces of proposed legislation meant to clarify and delineate the states’ taxing powers over internet sales while they waited on the SCOTUS decision.

Last week, the Court decided in favor of South Dakota and said that the law they passed does not burden interstate commerce and can stand as is (with its restrictions on the burden it can place on businesses already in place). They ruled that the decision in Quill to define nexus based on physical presence was no longer relevant in today’s economy.

The sheer volume of transactions made across state lines daily and the billions of dollars at stake finally created a tipping point.

SCOTUS has explained its reasoning for overruling Quill in this way:

The Court made the point that issues that could harm small businesses, such as new laws that apply retroactively (which South Dakota’s will not), a lack of uniformity from one locale to the next, and the possibility of other states not putting thresholds in place, were not before the Supreme Court to decide at this time. That reality may spur Congress to finally act. Implications for Online Retail as a Whole

While large online retailers such as Amazon were given an advantage due to Quill when they first started out, many now collect sales tax on the majority of sales. Some, like Wayfair, have said publicly that the decision won’t have a drastic impact on their current business. Still, stocks in companies such as Amazon and Overstock.com took a hit as investors reacted to the decision.

On the whole, the same technology that allowed for explosive growth in ecommerce and spurred the states to act will help reduce the impact of the SCOTUS decision across the industry. Software like LumaTax allows even smaller companies now to easily file and pay sales tax to the proper state, while online shopping carts and merchant services like Square can be set up to automatically collect the tax.

It’s a safe bet that states will act now to collect tax on online sales in one way or another. But that reality seems unlikely to hurt or slow the growth of those sales to a noticeable degree. The momentum behind that growth at this point is simply too great. The impact of the ruling on online retail is uncertain at this time but its unlikely to slow the explosive growth.

Much of the reaction in the small business community so far is based more on speculation around what states might do than on any immediate effects of this decision. If you make sales in South Dakota totaling more than 200 transactions or over $100,000 in a year’s time, you’ll need to register to collect sales tax with the state’s Department of Revenue now and know the correct rate.

While the cost of selling online across state lines will definitely go up for some, we still don’t know what thresholds other states will put in place before sales-tax requirements kick in. So it’s not a given yet that every small business will be affected. If you don’t sell online or ship products out of state, it’s likely that nothing will change for you.

Remember that it’s yet to be seen what action, if any, Congress will take to limit the reach of the states. There’s no reason for small ecomm businesses to panic yet, but it is a great time to consult with an accountant who will be tracking all the changes to the laws.

Meanwhile much of the technology needed to automate sales-tax collection, reporting, and payment is already available and more affordable now than it’s ever been.

Now is a great time to consult with an accountant who's keeping up with the law.

What Do You Need to Do Now?

Stay tuned: States are in the process of reacting to the SCOTUS ruling. Keep in mind those 31 states that already have rules that may affect you, and watch for new tax rules in states where you haven’t had to collect so far. As we mentioned before, be on the lookout for any action that Congress takes that could influence your business in the future.

A few steps to consider as the states react to the decision:

Read more posts by this author

Latest Articles from Our Blog

State Sales and Use Tax Audits Are Increasing in 2022: Here's How to Avoid One

When a state decides to audit a business, they send a letter to alert the owners of the impending investigation. Though audits can seem random, in...
vda, advisory

Accountant Checklist: Determining the Best Application of a VDA

Understanding PL 86-272 and What it Means to Your Clients

Public Law 86-272 is a federal law that prohibits states and localities from imposing income taxes on out-of-state businesses if their only activity...
sales tax, nexus, sales tax audit

The True Cost of Sales and Use Tax Non-Compliance

In a best-case scenario, the cost of Sales and Use Tax (SUT) non-compliance may add up to a few hundred dollars in fines. In a worst-case scenario?...
wayfair, accounting, sales tax audit

Contingent Liabilities and Wayfair: The Impact on SUT and Audit Teams

Many businesses are still not compliant with sales and use tax (SUT) nexus obligations created by the 2018 South Dakota v. Wayfair decision. What...
sales tax, wayfair, use tax, advisory

One of the great things about running an accounting practice is you have nearly endless ways to expand and evolve your service offering. This is...
VISIT THE LUMATAX BLOG