Many ecommerce business owners, interstate sellers, and Amazon resellers are feeling frustrated by a recent court ruling that changed sales tax compliance laws. Why? The outcome of the case benefits states by padding their pocketbooks but places a hefty burden on already overworked small business owners. This post will explain what changed, why business owners are upset, what immediate impact these new laws have on your business, and what you can do to stay compliant.

Before we dive too deep, let's talk about nexus.

A Brief History of Nexus & eCommerce

Where did this all begin? How did it evolve? And why did it take so long to address? Here's the play-by-play.

In 2018, the Supreme Court overturned the physical nexus stipulation, a holdover from the 1992 Quill case ruling, stating that it was unfit and unsound for today's economy. SCOTUS also deemed South Dakota's concept of 'economic nexus' as a better fit for modern commerce, a revolutionary change that opened up the floodgates of states rushing to revise their nexus laws and increase their sales tax revenue.

However, it's important know that economic nexus does not replace physical nexus - it acts in addition to physical nexus. In fact, it's not only possible, it's probable that businesses pulling in healthy revenues will meet the criteria for both types of nexus. 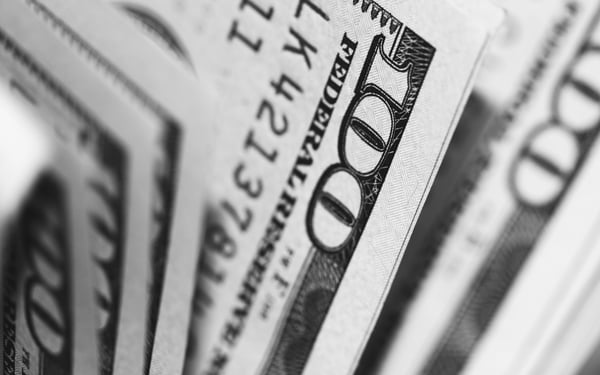 How much money are we talking about here? The Government Accountability Office estimates that states missed out on as much as $13 billion dollars in sales tax revenue in 2017.

Today, every state from California to New York is scrambling to implement new nexus laws so they can get their cut of unclaimed sales tax money. Naturally, that leaves online retailers and Amazon resellers nervously asking, “what, exactly, does this mean for me and my business?”


1. The Impact of ‘Economic Nexus’

The outcome of the South Dakota vs. Wayfair Supreme Court case deemed the physical presence nexus unsound in today’s economic climate. Why? Anymore, physical presence in a state often consists of little more than a PO box used as a billing address. That's simply not enough to establish nexus when a majority of transactions occur with buyers in other states.

SCOTUS acknowledged this by ruling that economic nexus is an improved policy that fits better with modern interstate and internet-based commerce. Several states have already incorporated economic nexus laws, while others are working hard to pass legislation as soon as possible. 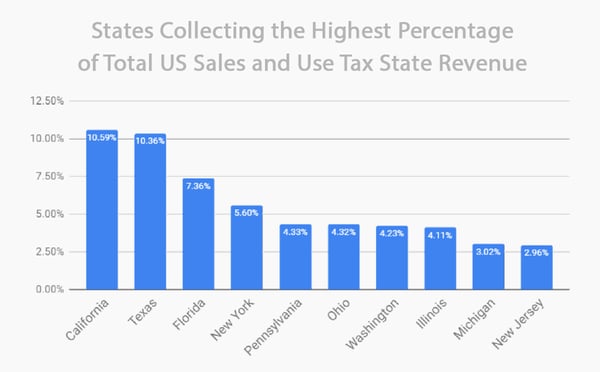 States with a larger percentage of the population (hence more online shipments) are most likely to quickly implement economic nexus laws in order to jump on the sales tax revenue gravy train.

Timelines also vary from state to state. While some tax jurisdictions use last year's sales data to determine nexus, others use current year data. Of those using current year data, a handful are waffling on whether or not businesses have to pay retroactive tax on transactions completed before the threshold was met. Luckily, most are opting not to for now.

As you can see, the rules surrounding economic nexus thresholds are extremely varied and are evolving rapidly. This leads us to our next point...

Overwhelmed? You're not alone. And to further complicate matters, it's anticipated that many additional states will be looking at how to structure their own ecommerce sales laws ASAP. 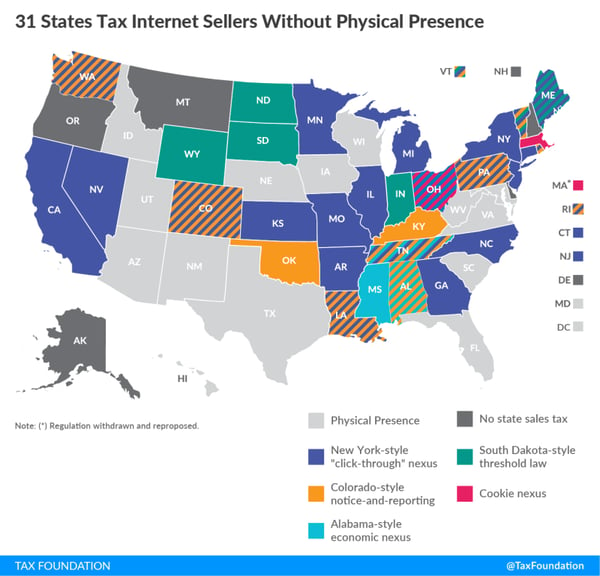 Since the South Dakota vs. Wayfair ruling, many states have already passed legislation to enforce similar rules, and others plan to pass new laws soon.

Robert Schulte, a former Senior Sales Tax Auditor for the State of California, explains: “The Court breezily disregards the costs that its decision will impose on retailers, especially small businesses. Correctly calculating and remitting sales taxes on all e-commerce sales will likely prove baffling for many retailers. Over 10,000 jurisdictions levy sales taxes, each with different tax rates, different rules governing tax-exempt goods and services, different product category definitions, and different standards for determining whether an out-of-state seller has a substantial presence in the jurisdiction.”

“Wait, I have Nexus in Texas?”

With more states to remit in, more tax rates to keep straight, more policies to monitor, and more tax deadlines to keep track of, many small and medium business owners are turning to accountants and sales tax experts for help. Unfortunately, all those people and services cost money and increase overhead.

For many small ecommerce companies, the financial burden of paying sales tax on more transactions and paying for compliance help may be prohibitive enough to put them out of business. For those who figure out a way to make it work, consumers will likely bear the bulk of the cost as product prices go up to help cover the increased costs. 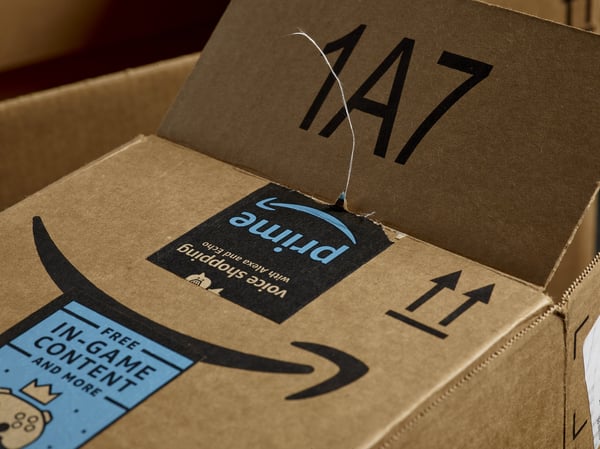 Reducing the desire to participate in interstate commerce isn’t the end goal, so states are treading lightly. South Dakota attempted to reduce the burden on small businesses by setting an economic nexus threshold that omits companies that do very little business in their state. South Dakota also doesn't require businesses to remit sales tax retroactively.

South Dakota is also one of the twenty-some states that use the Streamlined Sales and Use Tax Agreement to standardize taxes.
This agreement is designed to reduce admin and compliance costs by simplifying tax tables, providing uniform tax definitions, and so on. While this helps to a certain degree, it doesn’t solve all the complexities businesses are now up against to stay compliant.

The more jurisdictions you’re required to file taxes in, the more likely you are to miss a filing deadline, make a simple calculation error, or get flagged for a random audit. Audit risk factors include improper sales tax setup in your POS, neglecting to change rates when laws change, forgetting to run regular software updates, poor inventory and sales tracking, and inconsistent, unorganized, or inaccurate recordkeeping.

To simplify compliance, use a tried and true and accounting software that makes it easy to manage tax compliance and hire a business accountant to manage your books. Having someone who understands nexus and its impact on your business is invaluable in today’s economic climate as states scramble to take their piece of the sales tax pie. Smart point of service software also helps streamline the process of managing sales tax compliance.

Don't assume you're out of the woods just because you have a brick and mortar location… economic nexus doesn’t discriminate. Regardless of what type of business you own, if you meet the economic threshold for interstate commerce, you now owe taxes in multiple jurisdictions. While this can be easy to overlook since most of the press has been focused on online retailers, it’s vital that you understand where your business fits into the mix.

How to Handle Economic Nexus Compliance

No matter how you spin it, there are lots of downsides for small and mid-size interstate retailers when it comes to new nexus regulations. Complicated, rapidly evolving laws, confusing deadlines, inconsistent policies, additional overhead, and higher audit risks round out the top five.

It’s going to take some time to make heads or tails of your new sales tax responsibilities, but you shouldn’t go it alone. Make sure you’re ready to tackle economic nexus laws head-on by using your resources wisely. Research your options and make every effort to have the right people and the right tools in place to help you with compliance.

Read more posts by this author

Latest Articles from Our Blog

State Sales and Use Tax Audits Are Increasing in 2022: Here's How to Avoid One

When a state decides to audit a business, they send a letter to alert the owners of the impending investigation. Though audits can seem random, in...
vda, advisory

Accountant Checklist: Determining the Best Application of a VDA

Understanding PL 86-272 and What it Means to Your Clients

Public Law 86-272 is a federal law that prohibits states and localities from imposing income taxes on out-of-state businesses if their only activity...
sales tax, nexus, sales tax audit

The True Cost of Sales and Use Tax Non-Compliance

In a best-case scenario, the cost of Sales and Use Tax (SUT) non-compliance may add up to a few hundred dollars in fines. In a worst-case scenario?...
wayfair, accounting, sales tax audit

Contingent Liabilities and Wayfair: The Impact on SUT and Audit Teams

Many businesses are still not compliant with sales and use tax (SUT) nexus obligations created by the 2018 South Dakota v. Wayfair decision. What...
sales tax, wayfair, use tax, advisory

One of the great things about running an accounting practice is you have nearly endless ways to expand and evolve your service offering. This is...
VISIT THE LUMATAX BLOG