Sales tax is what we do.

Our mission is to provide CPA and accounting firms with the tools and technology they need to effectively serve their SALT clients in a regulatory environment that increasingly exposes US businesses. 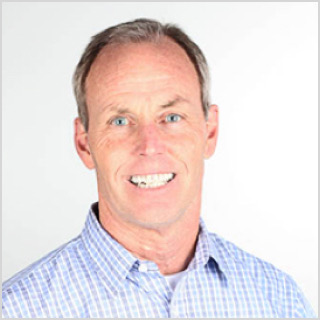 Robert founded LumaTax in 2016 and serves as the company's CEO. Prior to LumaTax, Robert co-founded Taxcient - a sales and use tax software company that served Fortune 1000 enterprises prior to merging with Avalara (NYSE: AVLR) in 2010. Robert's career in sales tax technology was preceded by his work as a Senior Tax Auditor for the State of California.

LumaTax was founded by Robert Schulte, a veteran of the sales tax industry, and launched out of Pioneer Square Labs in the fall of 2016. Pioneer Square Labs is a startup studio in the heart of Seattle that has gone on to successfully spin out a number of exciting startups, since LumaTax became its first funded spin out.

Prior to LumaTax, Robert worked as a Senior Tax Auditor for the State of California. In this role, he learned the ins and outs of sales tax - and came to fully appreciate the burden placed disproportionately on small businesses when it comes to sales and use tax calculation, reporting, and remittance. Robert went on to found Taxcient, a sales tax software company, in the early 2000's. Taxcient eventually merged with Avalara, and Avalara has since become the industry leader in the sales tax software space, catering primarily to large, enterprise customers.

Robert, a lifelong entrepreneur, has always been aware of the fact that there are no adequate, affordable sales tax solutions for the "little guys". At the same time, these small businesses are the lifeblood of the American economy. Ultimately, LumaTax evolved over the course of a decade from an idea, to an opportunity, to a company - one that Robert is uniquely qualified to lead.

In this week's Pitch, we take a look at LumaTax, a startup aimed at small businesses that need help filing sales taxes.
bizjournals.com

Tax Co. Aims to Turn the Tables on Complexity

Coffee shop owners should get to spend their time serving coffee — not battling tax documents.
sdbj.com